To be exact, there hasn’t been a champion selected in Obereggen in two years. In 2019, unusually high temperatures made it necessary to interrupt the slalom after just 64 racers gone through their paces. This was the first time the competition had been cancelled since the year 2000 – and only the fourth time in total (after 1994, 1996, and the year 2000) in its whole 40-year history. Then the race fell victim to the Corona pandemic in 2020 – just like the entire skiing winter.

But Obereggen isn’t only remembering the past – it is also looking to the future. Numerous World Cup stars and many very promising athletes hoping to join their ranks will be congregating at the Maierl Slope starting line. This has always been the case in past decades.
This can be explained firstly by the favorably placed date at the beginning of the season, when the top-tier athletes still need some racing practice and thus view the World Cup Race as a convenient opportunity to test their mettle.
Secondly, Obereggen has a special status with respect to the European Cup and has often been referred to as the “Kitzbühel of the European Cup.” Obereggen is the longest-standing European Cup of them all in the ski circus, with a history stretching back to 1983. A victory in Obereggen is prestigious – that’s because countless Olympic victors and World Cup stars as well as world champions have taken their place on the winner’s platform there.
Thirdly, Obereggen has frequently been a harbinger of future success on the slopes. Skiers who have done well in Obereggen get an added dose of confidence for the rest of the season. In an Olympic winter like this one, one is reminded especially of Giuliano Razzoli. He celebrated a victory in Obereggen in 2009. And then, just a few weeks later, he became an Olympic winner.
In short, Obereggen has always been a European Cup race boasting an above-average participation rate.

The Maierl Slope is an additional argument to undertake a jaunt to Obereggen. Since 2016, luminaries of the skiing world have been heaping praise upon it. It has replaced Oberholz as the racing course and achieved notoriety as an extremely selective and thoroughly World Cup-worthy slalom slope. Past years have demonstrated that the Maierl Slope, with its max. steepness of 55%, represents a challenge even for the world’s best slalom racers. 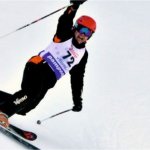 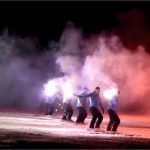