Reshaping the terrain and new structures in the Obereggen Snow Park

Investments continue to be made in the Obereggen Snow Park – which is one of the finest in the Alps – and in the Obereggen Night Park, along the Oberholz slope with its floodlights. Besides the new and improved structures, plans call for reshaping the terrain in order to be able to open the snow park even earlier than in the past.
Ski Center Latemar was one of the first ski areas to believe in snowboarding. As a matter of fact, it purchased a pipe designer as long ago as 1997. A pipe was carefully shaped and maintained three times a week. Since then, Obereggen expert snowcat operators have made one every winter season. (Season 2022: Halfpipe temporarily closed).

Every Tuesday, Thursday and Friday evening there will be waiting for you a jib line perfectly shepad and maintained daily by the crew F-TECH. From 7.00 pm to 10.00 pm down to the Obereggen slope (2a – length 1780m) lit a day, will be open areas Jib can also be used during the normal opening hours of the lifts with structures of all levels from beginner to pro! – Just 20 minutes’ drive from Bolzano this new Night-Snowpark will definitely be a viable alternative for winter evenings!
The new Kids Park is a great place to take your first steps in the snow park! 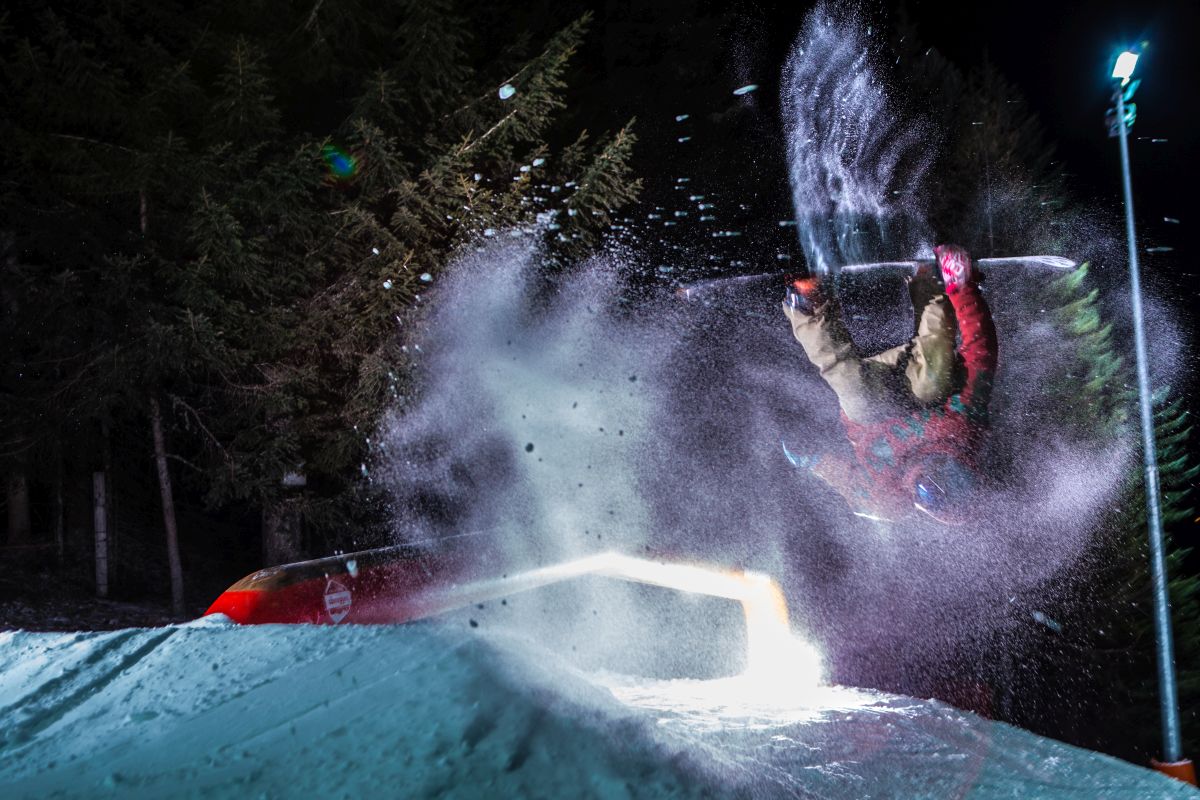 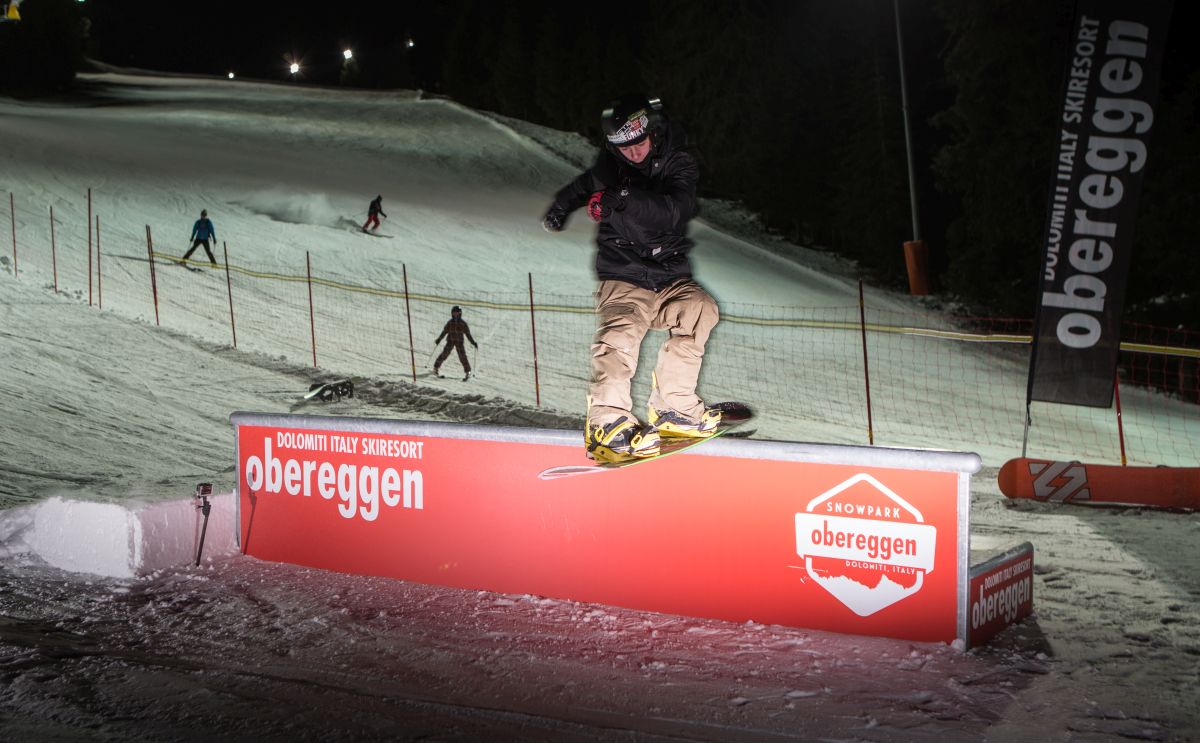 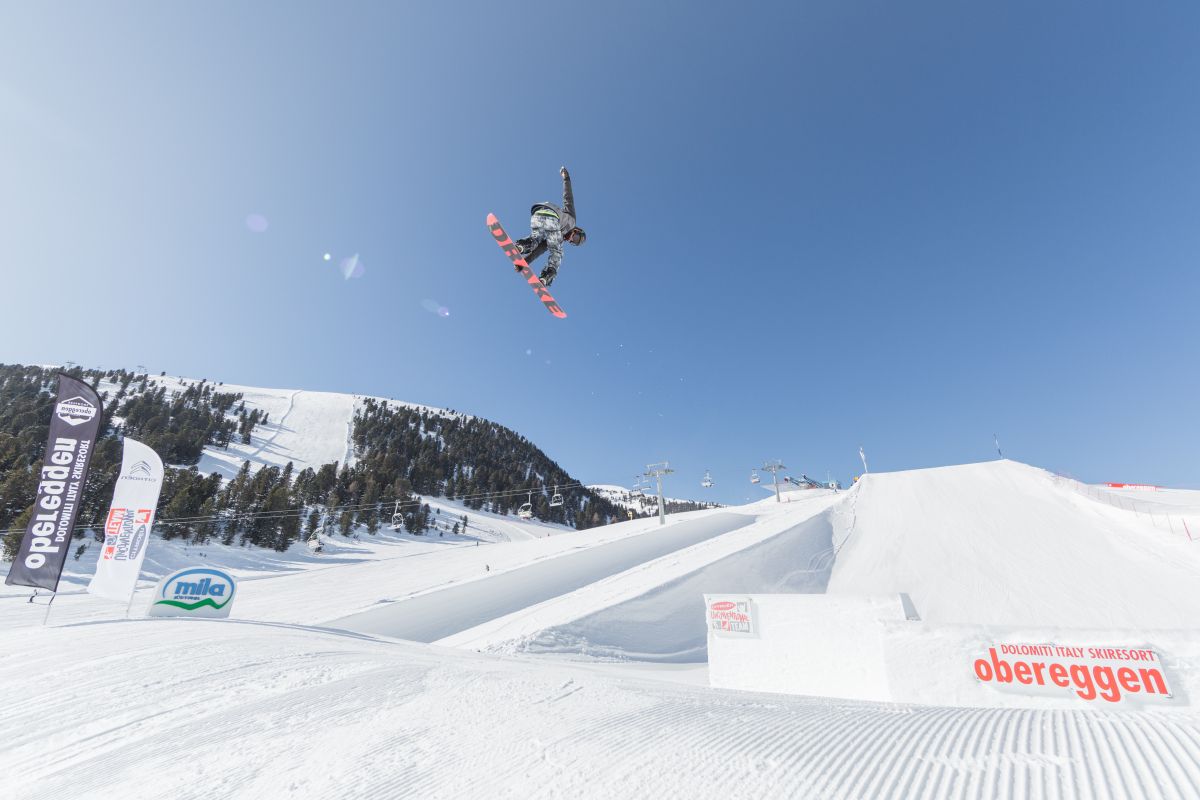 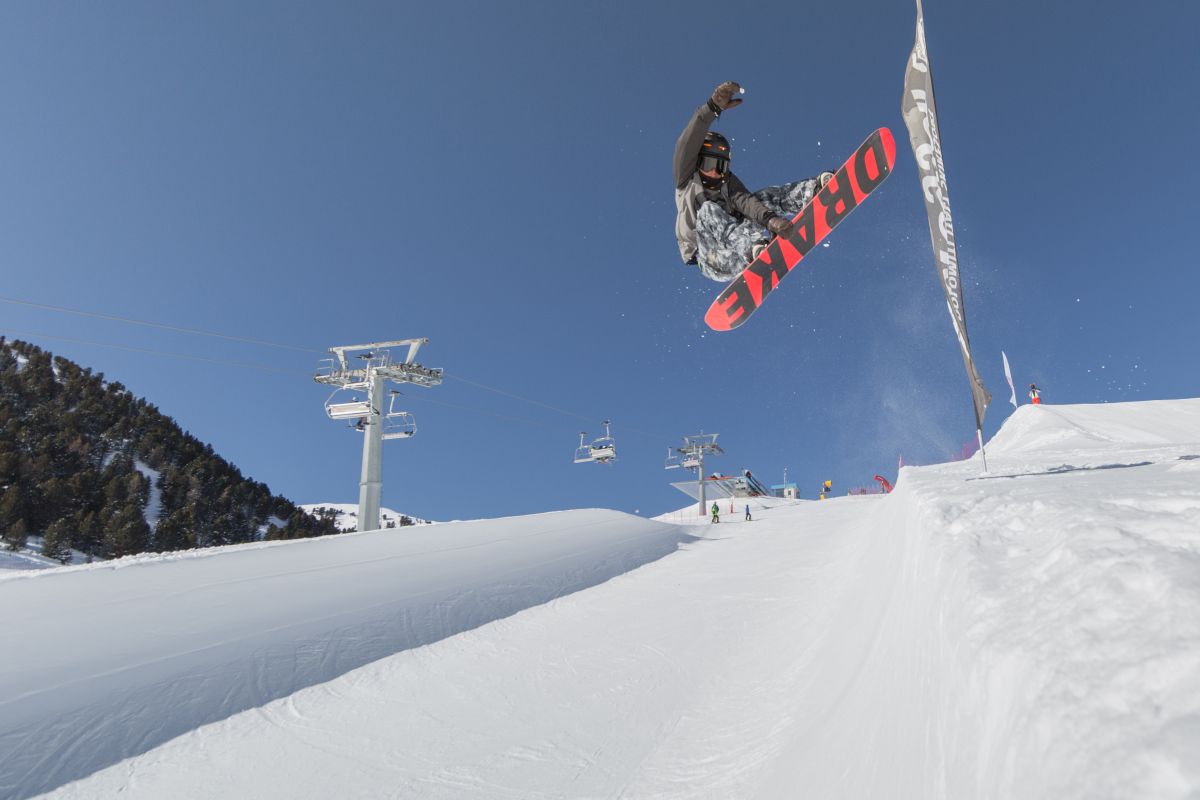 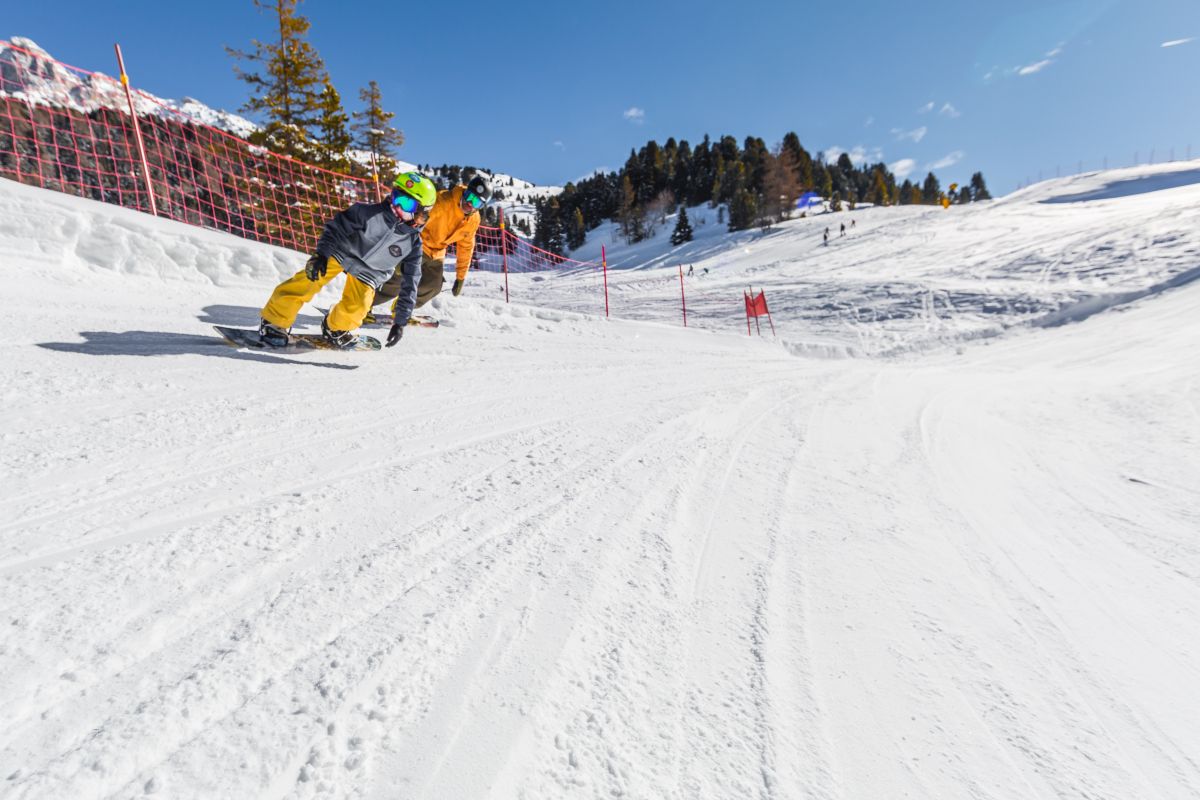 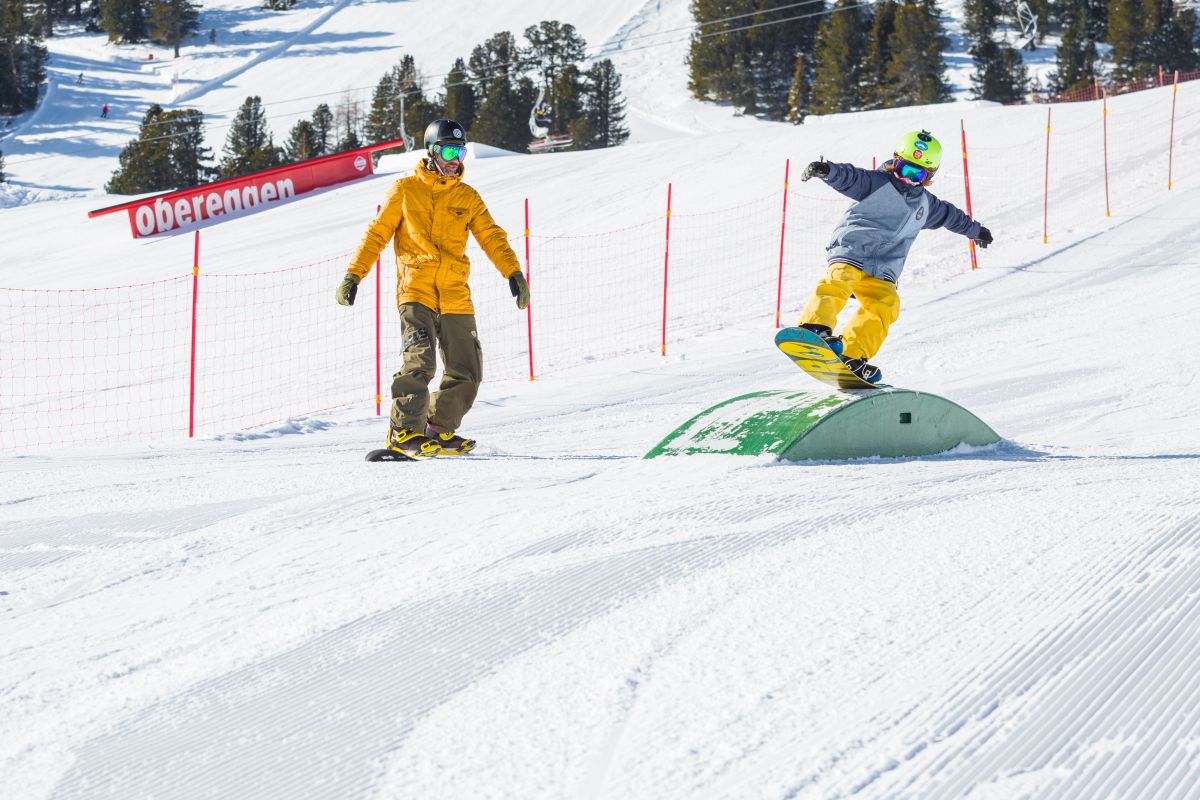 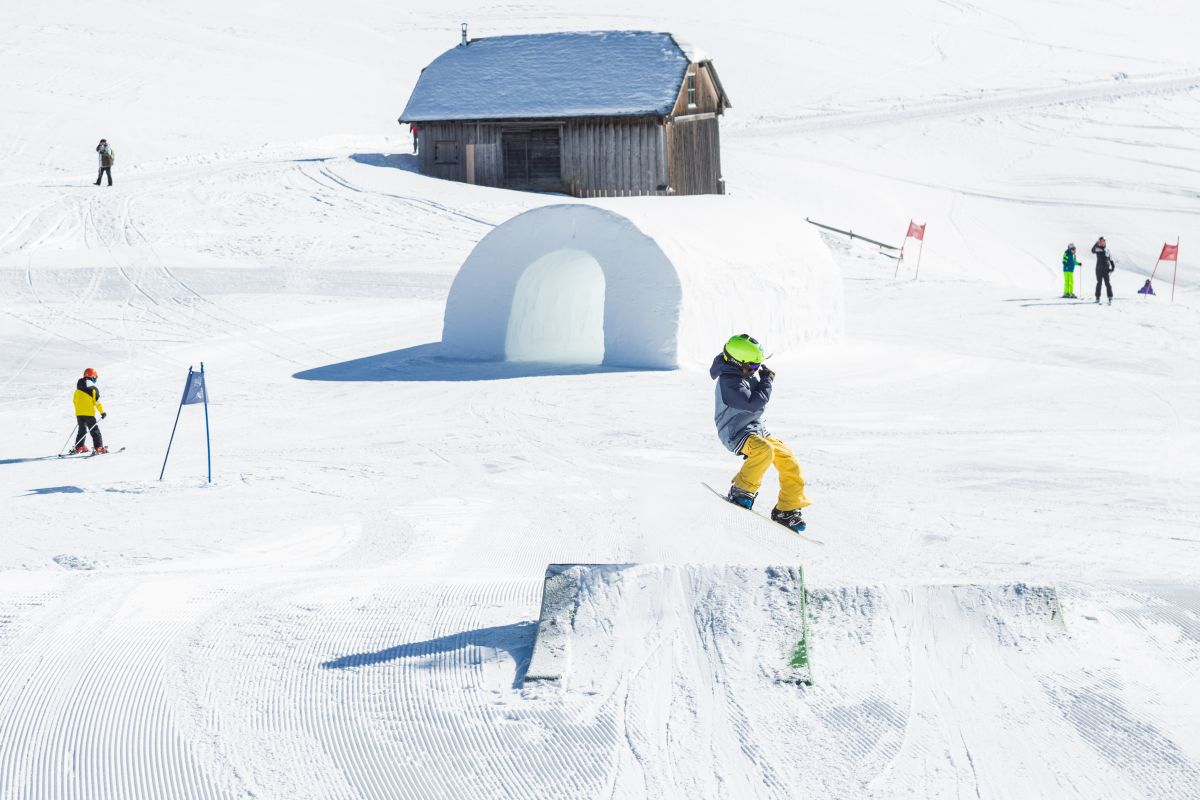 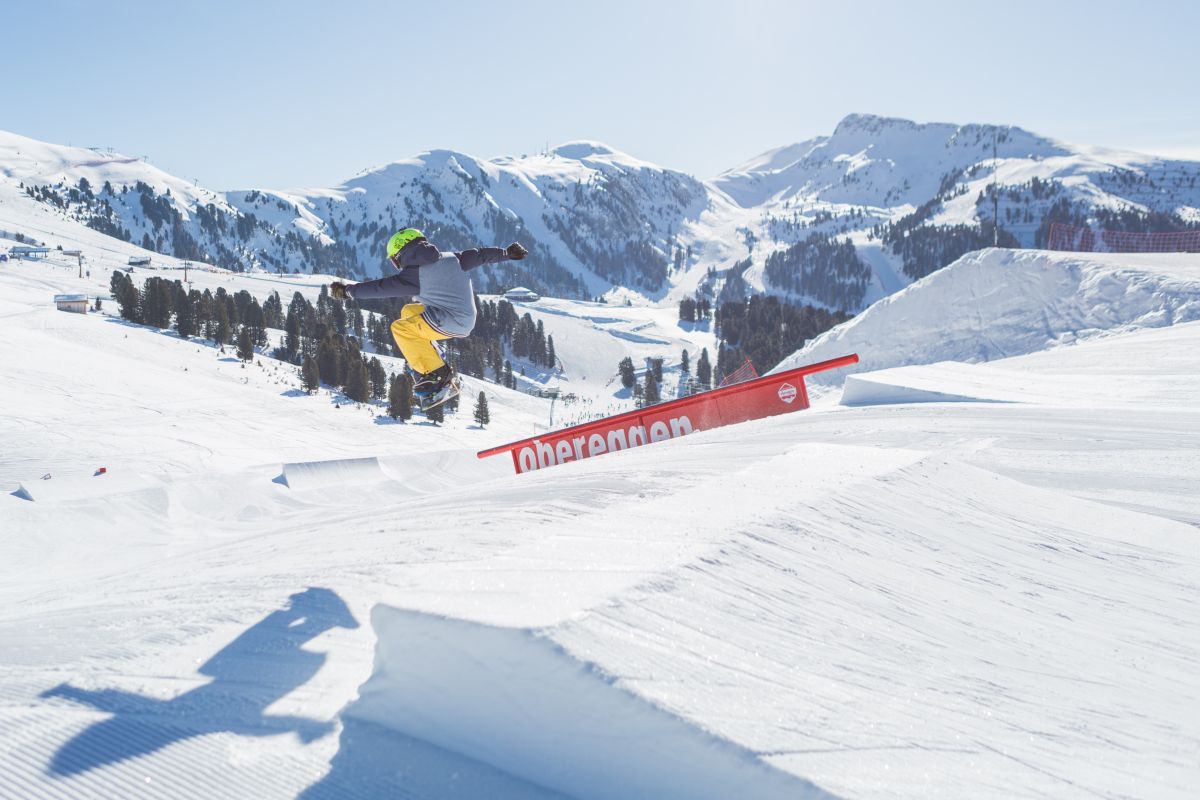 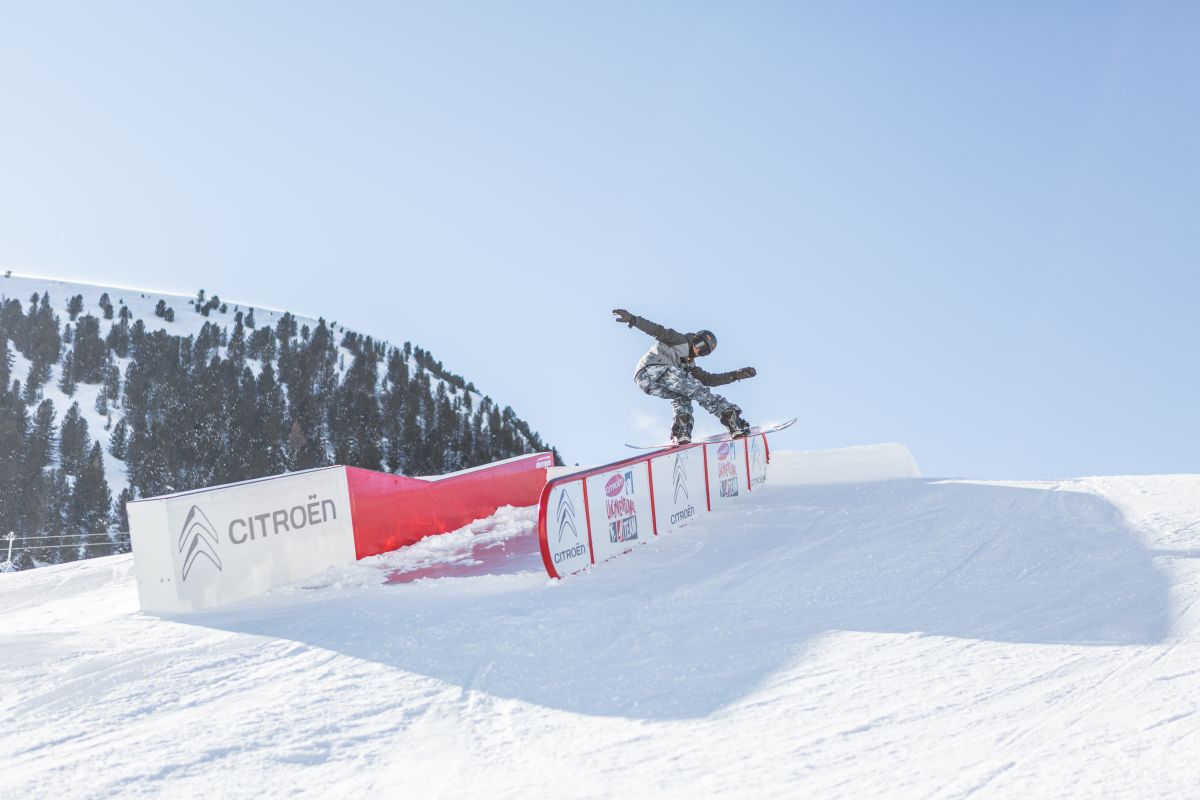 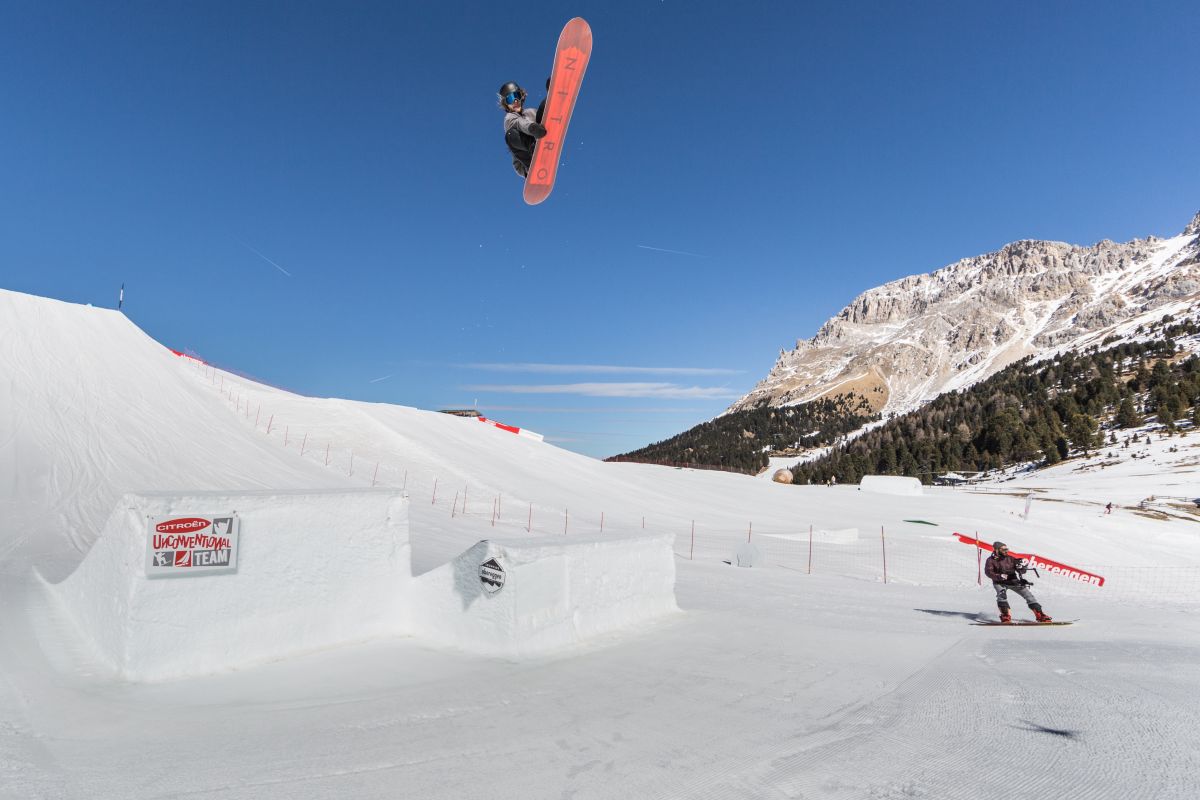 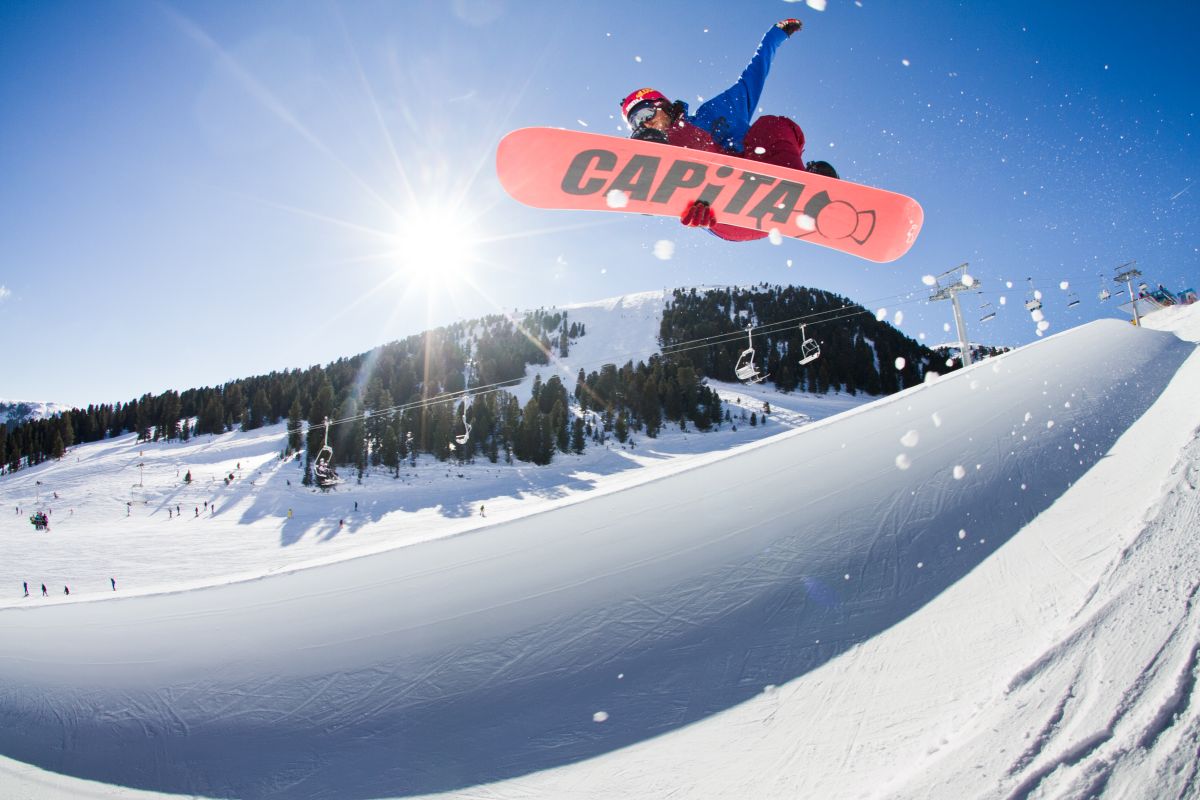